I didn’t much like Super Smash Bros. not for the lack of trying though. Can Brawlhalla be the game that gets me into this style of gaming? Let’s get a little history going. I remember renting Smash Bros. for the Nintendo 64 with two other friends. I forget what our initial response was but it must’ve been just average considering I can’t remember anything but only a single snippet of Pikachu for some reason. Since then, I’ve tried getting into the series time and time again. After the N64 version was Gamecube, I had some fun with it but nothing that stands out. After that came the Wii again, nothing special and following 3ds and Wii U, they brought online play but I still couldn’t manage besides beating the game more than a few times.

I appreciated it for what it was.

Brawlhalla is an epic platform fighter for up to 8 players online or locally. And it’s free! Join casual free-for-alls, queue for ranked matches, or make a custom room with your friends. Millions of players. Frequent updates. Over thirty unique legends. Come fight for glory in the halls of Valhalla! Brawlhalla is like Super Smash Bros. Right off the bat you can see that. With its 40+ cast of characters, there’s bound to be a character you like playing. Brawlhalla is free to play as well, with crossplay that supports the PlayStation 4, I’ve never had to wait more than 10 seconds to get a free for all match going. That’s an amazing feat considering the game has been out since November 2015.

I don’t quite understand all the mechanics like, techs, ledge grabs, and things like that, that Smash Bros. has, nor do I know if Brawlhalla has them. I just know that I’m having a blast playing it. I’m finally getting why people like SSB so much, maybe Brawlhalla is a very different game but on the surface, I wouldn’t say it was. Currently, I’m getting second and sometimes first place most of the time and am trying out tons of different classes. There are Fist, Archer, Guns, and Lance types of characters, sometimes a mixture of both.

The more you hit your opponent the more his damage meter changes color, and I believe its white, yellow, red, with just tapping someone who has red status will launch him. The goal is to knock off your opponent off the platforms. A round is four minutes and at the end whoever does the most knockoffs and damage is crowned champion. I’m currently heavily into playing World of Warcraft – Battle for Azeroth and when I take a break, I’m playing one or two matches of Brawlhalla. It’s just damn pure fun. lhalla I’m going to have to get my hands on Super Smash Bros. Ultimate. I’m going to go on youtube and figure this game out and get better at it. The Founder’s package is only 20$ and includes 42+ Characters and all future characters as they are released for free. This brings us to the game being free to play, does that mean its pay to win? Absolutely not. You gain gold in-game and from what I’ve seen the only thing you can spend gold on, is other legends aka playable characters.

You can pay six dollars for 140 coins, those coins can be used to buy chests, which include a random skin for your character. Different effects when you get knocked out and podiums + taunts. This definitely isn’t pay to win. All in all, I can see myself sticking with this game for the long haul, at least until the next big thing comes, and we all know what that is.

Control, playability, diversity, the feel of the game and the simplicity of it yet there seems to be more to it than what’s on the surface. Playing Brawlhalla with a friend should be a blast.

Playable characters look kind of wierd. There are some nice designs there but there are also some not so nice. Besides that I can’t find anything wrong with this game. Best played in spurts. 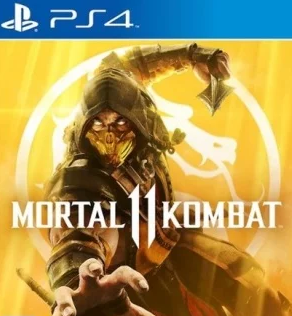